The Man with the Scorpion Tattoo (Brother 5) 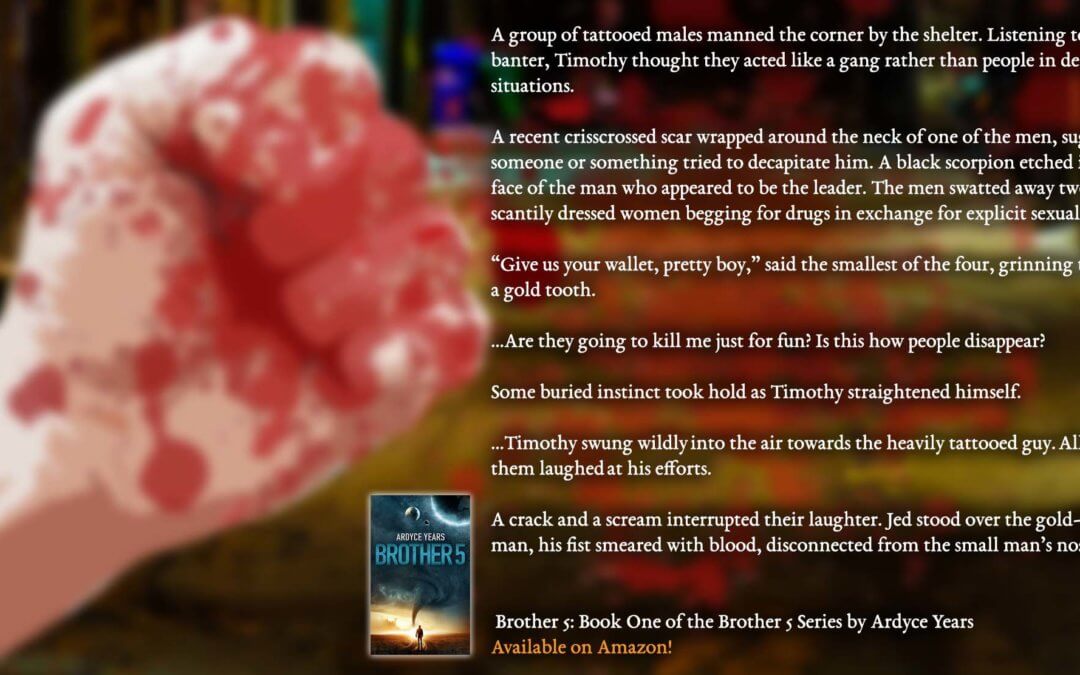 A group of tattooed males manned the corner by the shelter. Listening to them banter, Timothy thought they acted like a gang rather than people in desperate situations.

A recent crisscrossed scar wrapped around the neck of one of the men, suggested someone or something tried to decapitate him. A black scorpion etched into the face of the man who appeared to be the leader. The men swatted away two young scantily dressed women begging for drugs in exchange for explicit sexual favors.

“Give us your wallet, pretty boy,” said the smallest of the four, grinning to show a gold tooth.

…Are they going to kill me just for fun? Is this how people disappear?

Some buried instinct took hold as Timothy straightened himself.

…Timothy swung wildly into the air towards the heavily tattooed guy. All of them laughed at his efforts.

A crack and a scream interrupted their laughter. Jed stood over the gold-toothed man, his fist smeared with blood, disconnected from the small man’s nose.

What does this Gang want and why are they hanging around the manor? Find out by reading Brother 5 by Ardyce Years available on Amazon: https://www.amazon.com/gp/product/B00RC6JULK/