Read Dancing Above the Moon – Available on Amazon 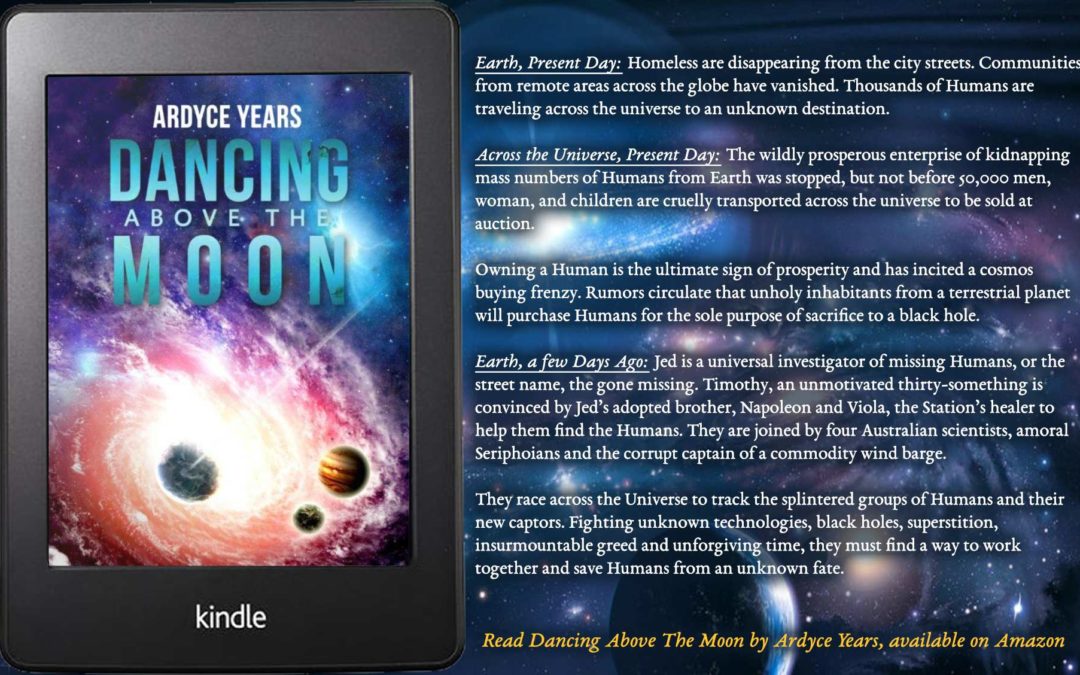 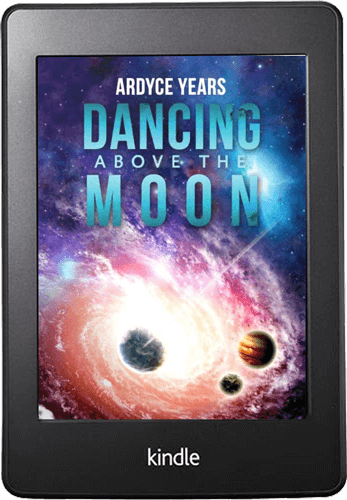 Earth, Present Day: Homeless are disappearing from the city streets. Communities from remote areas across the globe have vanished. Thousands of Humans are traveling across the universe to an unknown destination.

Across the Universe, Present Day: The wildly prosperous enterprise of kidnapping mass numbers of Humans from Earth was stopped, but not before 50,000 men, woman, and children are cruelly transported across the universe to be sold at auction.

Owning a Human is the ultimate sign of prosperity and has incited a cosmos buying frenzy. Rumors circulate that unholy inhabitants from a terrestrial planet will purchase Humans for the sole purpose of sacrifice to a black hole.

Earth, a few Days Ago: Jed is a universal investigator of missing Humans, or the street name, the gone missing. Timothy, an unmotivated thirty-something is convinced by Jed’s adopted brother, Napoleon and Viola, the Station’s healer to help them find the Humans. They are joined by four Australian scientists, amoral Seriphoians and the corrupt captain of a commodity wind barge.

They race across the Universe to track the splintered groups of Humans and their new captors. Fighting unknown technologies, black holes, superstition, insurmountable greed and unforgiving time, they must find a way to work together and save Humans from an unknown fate.

Read Dancing Above the Moon by Ardyce Years available on Amazon: https://www.amazon.com/Dancing-Above-Moon-Brother-Book-ebook/dp/B088NPQ3KC