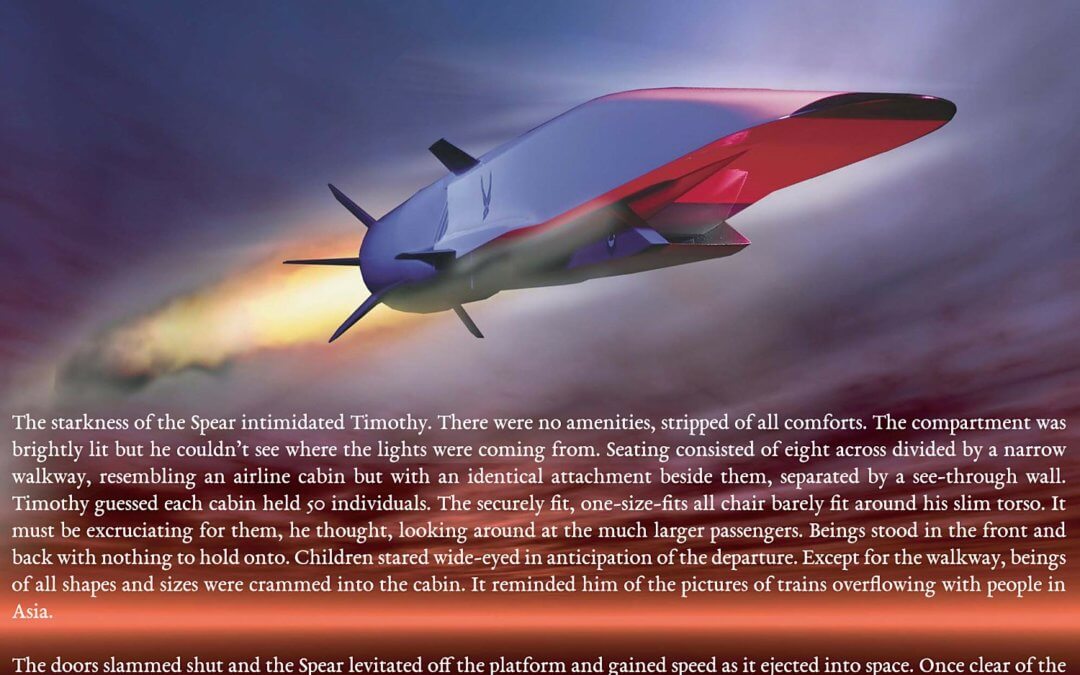 The starkness of the Spear intimidated Timothy. There were no amenities, stripped of all comforts. The compartment was brightly lit but he couldn’t see where the lights were coming from. Seating consisted of eight across divided by a narrow walkway, resembling an airline cabin but with an identical attachment beside them, separated by a see-through wall. Timothy guessed each cabin held 50 individuals. The securely fit, one-size-fits all chair barely fit around his slim torso. It must be excruciating for them, he thought, looking around at the much larger passengers. Beings stood in the front and back with nothing to hold onto. Children stared wide-eyed in anticipation of the departure. Except for the walkway, beings of all shapes and sizes were crammed into the cabin. It reminded him of the pictures of trains overflowing with people in Asia.

The doors slammed shut and the Spear levitated off the platform and gained speed as it ejected into space. Once clear of the station, their rows of eight abruptly snapped, separating from the wall, swinging back to the rear. Now he knew why they called it a Spear.